To provide solutions to meet our customers' needs.

In 2008 we partnered with an international organization to provide Oil Spill Response Services to Upstream Operators, these services include, incident command training, oil spill response, marketing, sales and maintainance of response equipment.   North West is the local agent for Lamor's response equipment.  We also market and sell Dasic Slickgone a chemical dispersant approved and recommended by The Ministry of Energy and Energy Industries of Trinidad and Tobago.

Locally owned and managed, our team has benefited from being trained locally and internationally and having strategic international partners like Lamor and the Corenagroup no other company in Trinidad and Tobago can offer the wide range of services in the response business as we can.

Thirty years in the Finance, Information Systems and Maritime Sectors. North West is his brain child. 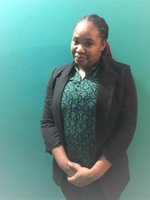 Officer of the Watch

In 2011 North West Maritime Limited is recognised and listed as a Technical Training Institute for Maritime Courses by the National Training Agency of Trinidad and Tobago.

In 2018 North West Maritime was approved as an RSO (Recognised Security Organization) under ISPS by the Ministry of Transport Maritime Services Division.

In 2018 - 2019 approval was received to conduct designated STCW and SCV courses by the Ministry of Transport.

In 2017 we partnered with The Corena Group offering Oil Spill Response Services.

In 2019 we became the local agent for lamor one of the world's largest manufacturers of Oil Spill Response equipment.

North West Offshore Services Limited sought and received approval to market and sell Dasic Slickgone Dispersant which is approved by the Ministry of Energy.